Why is San Francisco so much richer than Detroit? What are the trends in upward mobility and why are they changing? What are the economic consequences of living in one part of the United States versus another?

These are the sorts of questions that Robert Manduca, Ph.D. has dedicated his career to studying.

An assistant professor of sociology in the College of Literature, Science, and the Arts (LSA) at the University of Michigan and faculty affiliate at the Stone Center for Inequality Dynamics (CID), Manduca studies interregional inequality in the U.S., asking why some cities and regions are more economically prosperous than others and how local economic conditions impact residents’ lives.

To answer the first set of questions, Robert has focused on two types of processes that could be contributing to growing interregional inequality – income sorting and the changing shape of income distribution.

“The geographic distribution of people could be changing, such that more people at higher rungs of the income distribution are concentrated in one set of cities, while more people on the lower rungs are concentrated in a different set,” he explained. “This process of income sorting, which has been the focus of most research on regional divergence, could result from the movement of individual people or changes in which kinds of jobs are found where. Alternately, the shape of the income distribution itself could change, altering the earnings that people on different rungs take home without changing where they live.”

In order to determine whether regional divergence in the U.S. is due to sorting or inequality, Dr. Manduca has run a series of complex simulations based on U.S. Census data.

“When I run these simulations, it turns out that sorting by itself only accounts for about 23% of the divergence we’ve seen, while rising inequality at the national level accounts for about 54%,” he said. “So it’s perhaps more accurate to think of the growing disparities between regions of the country as resulting from one national trend–rising income inequality–than from a collection of place-specific factors.”

Learn more about his findings in his paper, published in the December 2019 issue of Social Forces. 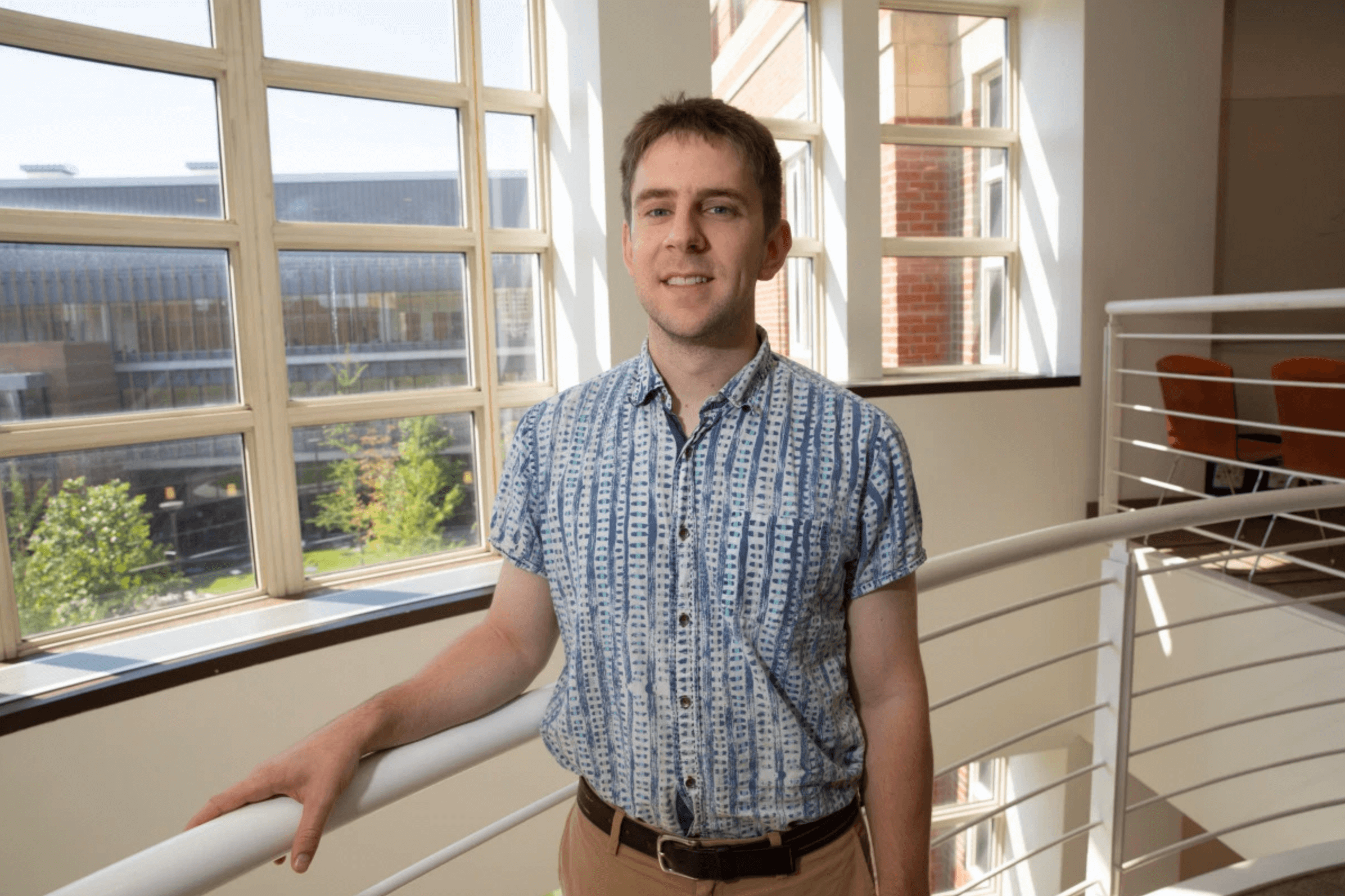 Income mobility: Do you earn more than your parents?

Recently, Dr. Manduca has turned his focus toward studying income mobility. One of the working papers he published in 2021 compared rates of absolute income mobility (the fraction of children who earn more than their parents) for children born between 1960-1987 in eight countries in Europe and North America. This working paper builds on a related paper focusing on the United States that he and his co-authors published in Science in 2017. What Robert and his co-authors found was that the rates in absolute mobility varied dramatically across countries – the U.S. and Canada saw upward mobility rates of around 50%, while northern European countries such as Finland and Norway saw rates above 70%.

Published by the Washington Center for Equitable Growth, Dr. Manduca and colleagues’ analysis shows that differences in the overall shape of the income distribution were the main driver of differing mobility rates across countries.

Why is it changing? Dr. Manduca explained that it’s not about slow economic growth, but rising inequality.

“The economy hasn’t grown as fast as it did in the mid-20th century, and its growth has gone to the top of the income distribution. In the case of the United States, low mobility rates exist not because the U.S. economy has grown more slowly than the economies of other high-income countries, but because the U.S. is less efficient at translating economic growth into higher standards of living for its populace,” he said.

Sociology offers a flexible approach to learn about the world

Dr. Manduca knew he wanted to study social science early in his education and decided as an undergraduate that economics was the way to do that. He received his bachelor of arts in economics at Swarthmore College. While working in economic consulting, he started to realize the economic impact and inequalities that manifested through age, gender, race, and geographical location.

This realization inspired him to study urban economics through city planning, and he received his master’s in city planning from the Massachusetts Institute of Technology.

He said he decided to study sociology because it allowed him to focus on the questions and topics he’s most interested in. Dr. Manduca decided to pursue his Ph.D. and obtained his doctorate in sociology and social policy from Harvard University.

“Sociology offers a lot of flexible approaches to learn about the world in the way that makes sense to you,” he explained. During his Ph.D., he centered his research on the topic of  inequality. “There are big things happening in the world and they’re causing a lot of problems, and social scientists are equipped to study them.”

Through his studies, Dr. Manduca began to focus on the intersection between income distribution and the economy. He wanted to know, “What happens when some people have more money than they can spend and some people don’t have enough?”

Dr. Manduca uses the lens of history and 20th century economic theory to further his work. Part of his mission is to unearth records and theories that have fallen out of the public eye.

“In the 1940s and ’50s, the general public in the United States understood and agreed upon Keynesian economic principles,” he said. Dr. Manduca is part of an effort to revive Keynesian principles, a macroeconomic theory at the intersection of policy, economy and rising inequality. Keynesian economics advocates for increased government spending and higher wages for workers  to avoid economic depression.

“I’m working with two University of Chicago history Ph.D. students, Nic Johnson and Chris Hong, and several Michigan UROP students, to republish economic writing from previous eras of U.S. history, in the hope of revisiting economic lessons that the United States has learned in the past, but now forgotten – particularly on how income inequality reduces economic growth by constraining aggregate demand,” he explained.

A podcast about economic thought from the mid-20th Century, and why it matters for us today

Their work has resulted in a podcast, Reviving Growth Keynesianism.

The Reviving Growth Keynesianism team has focused their efforts on identifying and recirculating original economic writing from the 1930s, 40s, and 50s. Through libraries and archives, Robert said they identify original texts that describe these principles. These original sources show how economists and policy makers were thinking about the economy back then and highlight the need for an equitable income distribution in order to avoid recessions.

“Why are these ideas important?” Dr. Manduca asked. “Historical writings are helpful in understanding the world as it is today.”

Many economists and policymakers argue about the tradeoff between growth and inequality – with the idea that income inequality can be good for the economy.

“There was a worry that if you implemented policies to make our society more equal, it would worsen the economic growth rate and make economic recessions more likely. However, if you think about the overall macroeconomics of the country, economic conditions are determined by both supply and demand,” he said. “How much demand for products is there–how many products are people purchasing in our economy? Demand increases when incomes are more equal, because people at the lower end of the income distribution have more opportunity to purchase goods.”

These ideas have been commonly held at different points in the past, including in the 1940s and 50s, which coincided with some of the strongest economic growth the U.S. has ever seen. Back then, the importance of making sure consumers have enough money to buy things was very widely accepted.

The necessity of egalitarian income distribution was understood

Economic inequality is harmful to economic growth. Dr. Manduca explained that there is a moral, social, and economic case for reducing inequality.

“The American tradition is a lot more egalitarian than people might think. Some assume that we’re just more conservative or more comfortable with inequality than other parts of the world, and that’s not actually very accurate if you look at our history,” he said. “There’s a really strong tradition of egalitarianism.”

“We invented the antitrust movement and the progressive income tax – these are American traditions,” Robert said.

Through his work, Dr. Manduca hopes to remind us of these American traditions, and reduce the amount of inequality seen across the country. Stay up-to-date on Dr. Manduca’s work at robertmanduca.com.