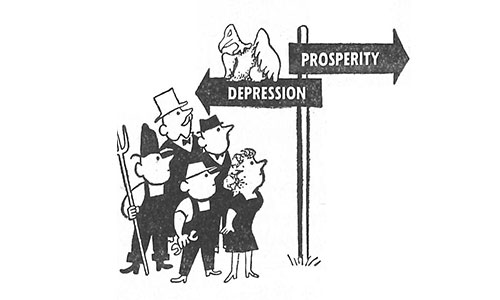 Reviving Growth Keynesianism aims to bring back economic insights from previous eras of American history, focusing on the connection between the income distribution and overall macroeconomic stability (more inequality = more recessions). We republish original economic writings from the early and mid-20th Century–periods when it was widely accepted that for the economy to function, the people who need things must have enough income to buy them. We also periodically interview experts on history and political economy on our podcast.

Our hope is to revitalize the living tradition of political economy in the United States, and create a Young Keynesianism for the 21st Century.