​​How do people choose where to live? What goes into determining which geographical areas to invest in? How are regional inequalities fueled by neighborhoods and housing?

Urban sociologist Lydia Wileden seeks to answer questions such as these in order to understand how people make sense of neighborhoods and spaces around them.

“My research thinks about inequality from a spatial perspective and the inequitable histories, presents, and futures between different neighborhoods – why are some neighborhoods the winners economically and why are others left to deteriorate?”

A graduate student in the joint doctoral program with the Ford School of Public Policy and Sociology, Lydia is planning to defend her dissertation this summer. As her time at the University of Michigan comes to an end, Lydia paused to reflect on her journey to her Ph.D.

Thinking about inequality across time and place

Lydia is extending existing research in sociological approaches to understanding how people choose where to live. She is moving beyond the classic response that focuses on racial composition and places people can afford to live.

But that isn’t always the case.

“What I’ve found is that most people don’t actually know about the racial composition of their neighborhoods and often struggle to judge this aspect of composition. People tend to see their neighborhoods as being filled with people who look like themselves, causing them to overstate the share of same-race and college-level residents compared to what is actually true.”

How have neighborhoods changed over time?

The second part of Lydia’s dissertation looks at beliefs about how neighborhoods have changed. It’s a complicated question, and one aspect of the complication lies in crime trends.

“Recently crime has been on the rise, but over the past decade it has commonly been observed that though crimes had been decreasing across the country and in central cities in the U.S., people’s perceptions of crime and how safe they feel were not following suit. This leads residents to believe their neighborhoods are getting less safe and act accordingly, even if the data don’t support that.”

There are various reasons for such misperceptions. “There is certainly an amount of fear mongering from politicians and the media,” she said. “Crime is an easy concept to grasp and leverage in making a political argument, which may explain a fair amount of why people don’t feel as safe as they once did.”

Utilizing data gathered from Detroit and her work at the Detroit Metro Area Community Study (DMACS), Lydia’s research focuses on understanding “changes in crime and how people view changes in crime in their neighborhood and the proximity to the number and times of crimes.” 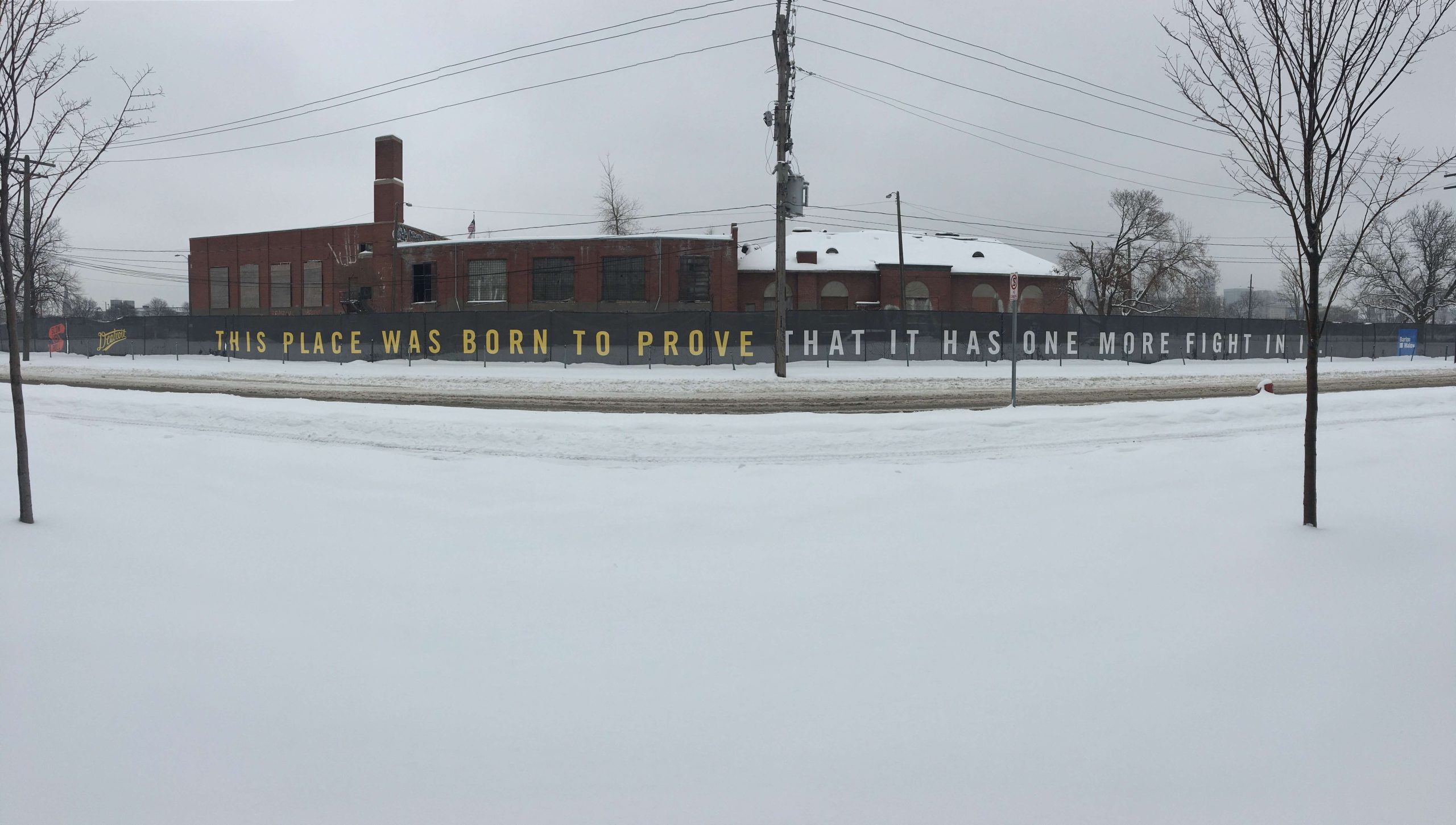 Why is it often difficult for people to accurately judge our environments?

“One hypothesis is that  people are not judging their neighborhoods by concrete attributes but by reputation. So, I aim to measure reputation and look at where reputation comes from by analyzing demographic data and the economic history of neighborhoods.”

Some neighborhoods have “sticky reputations” where they are considered bad, dangerous, or undesirable. “Other neighborhoods enjoy much more slippery reputations – they haven’t changed nearly as much as anecdotal stories about them suggest, but they are perceived as desirable and ascendent.”

Lydia is studying how people’s misperceptions or distorted understandings of their neighborhoods influence the choices people make when it comes to housing. Part of what led Lydia to these questions was working to understand where these stories that we tell about neighborhoods come from.

“I think for sociology – one of the things that my dissertation is trying to explain is that neighborhood experience and neighborhood choice isn’t solely reducible to our ability to measure these places, instead we need to bring together individual experience, human error, and lack of knowledge and reputation,” she said.

Lydia experienced the stickiness of neighborhood reputation firsthand when she moved to Washington, DC.

“We bought this house in the Trinidad neighborhood and very shortly thereafter people would say, ‘but I heard Trinidad has military checkpoints because of the amount of gang violence.’ At one point that was true – DC Police had utilized checkpoints but it hadn’t been true for a long time,” she said. “It certainly was not something the people who were telling me about it had personally experienced. So how did they learn that? At what point did that information get passed down to them?”

Where do these stories come from?

“I could say the name of a neighborhood and as soon as the person recognizes it, it conjures an image. The way we think about and talk about neighborhoods really matters. And it matters beyond the classic way that we research neighborhoods. Bringing that experience to bear and how we choose to live is a critical component to include when we have a narrative about places.”

As Lydia approaches her work, she said she tries to think about how reputations have changed. “Who is participating in the change? What happens when it changes? How easy is it to shift the understanding of a place?”

Analyzing the legacy of neighborhoods and neighborhood histories, Lydia uses census data from the 1970s through to today. “A lot of these reputations and histories that are still impacting us today had already been set in motion decades ago.”

Lydia said that gentrification plays a significant role in recasting neighborhoods  – “whether that is in creating a new identity for a place or sterilizing the old identity.”

In Washington, DC, some neighborhood developers, as in the Shaw-Howard area, have retained the association with Black culture in an effort to gentrify the neighborhood. “Whereas in Detroit, like the Midtown neighborhood, the identity of the historic Cass Corridor has largely been scrubbed from that area in an effort to increase the population to bring new and different investment in.”

Lydia has sought answers to these questions – and worked to improve people’s lives in the process – since her time as an undergraduate. From finishing her bachelor’s to working for the U.S. Congress, Lydia has pushed for equality through political engagement and policy change every step of her career.

“I’m originally from a relatively small town in western Massachusetts and ended up going to college in New York City. I was thinking I was going to be a journalism major, but then my mom told me, ‘you can’t be write about anything until you know a topic really well.’”

Soon after arriving at college, Lydia joined the student newspaper.

“The first story I wrote about was about a housing injunction against illegal hotels in New York. People were purchasing single-room occupancy housing – dormitory style, low-income apartments – and flipping them into hostels that they could then market online to foreign travelers, which made them a lot more money.”

Similar to Airbnb, the hostels displaced a lot of residents who needed affordable housing.

The story gave Lydia her first taste of studying urban spaces. “That news story, and other stories that followed from my years as a reporter, really set me off on this research path about neighborhoods. What do neighborhoods mean and how do the ways in which they are structured foster inequalities? What meanings do neighborhoods take on in our lives as spatial differences?”

Lydia followed that path to focus on housing and urban policy through internships with her own congressman’s office and in the Office of Urban Affairs. When she graduated from Columbia University with her bachelor’s degree, Lydia joined Nancy Pelosi’s office, working with her from 2011-2013.

Lydia chose to come to Michigan because of the uniqueness of LSA and the Ford School’s joint program. “There aren’t that many programs that bring sociology and policy together,” she said. “One of the things that I’ve long been really passionate about is thinking about the ways that research can inform policy and the ways that policy can inform research.”

“Sociology offers a toolkit that allows me to sharpen my analytical skills.”

During her time at Michigan, Lydia has worked with the Detroit Metro Area Community Study (DMACS), allowing her to take a more direct to the public and advocacy approach.

DMACS’ population sample includes almost 2,000 residents. “We have surveyed more Detroiters about what their work lives look like right now than most other comparable surveys, such as the current population survey, and we estimate a lot higher employment levels than a lot of other data.”

“I think part of what we are finding in our data is that there is just a lot more nuance than is often applied to Detroit,” she said. “Depending on who you’re talking to – there is the Detroit that long-term residents have experienced and the Detroit that newcomers know. Some of that is based on where they live and some of that is just based on exposure.”

“Who has to weather the lean times, and who is able to capitalize on the progress and sacrifices that long-term residents have had to make?”

“A strength of DMACS is that it is able to capture a representative sample of people in Detroit. And we can learn a lot about how people are experiencing these different dynamics in the city – employment, unemployment, neighborhood development and evolution, different types of housing, deficiencies and evictions.”

Advocating for home repair in Detroit

During her time with DMACS, Lydia worked to quantify the need for home repair funding in the city.

“We find that home repair is probably an even more rampant form of housing insecurity than eviction or foreclosure, with really serious long-term ramifications,” she said. “If you can’t afford to keep your house in a livable state, then there are a lot of other things that happen down the road. The city of Detroit has invested a lot in home repair, but it might not be going to the right people or places.”

Part of the issue is that the funding the city offers targets seniors and people who are disabled “but there are a lot of people with kids and families who need housing repair as well, so we need to think more strategically about where these dollars go,” Lydia explained.

Lydia’s research is geared toward advocacy and what immediate policy levers can be pulled. As her dissertation sheds light on some of the mechanisms that perpetuate inequality, she hopes that her research will be useful to developers, politicians, and residents themselves as they think about urban policy.

After completing her program, Lydia will join the Mansueto Institute for Urban Innovation at the University of Chicago next year as a postdoctoral fellow.

Learn more about Lydia and her latest work on her website.