Discussion Paper Series: “Wealth As Control of the Future”

He sat down with CID to discuss his inspiration and process. 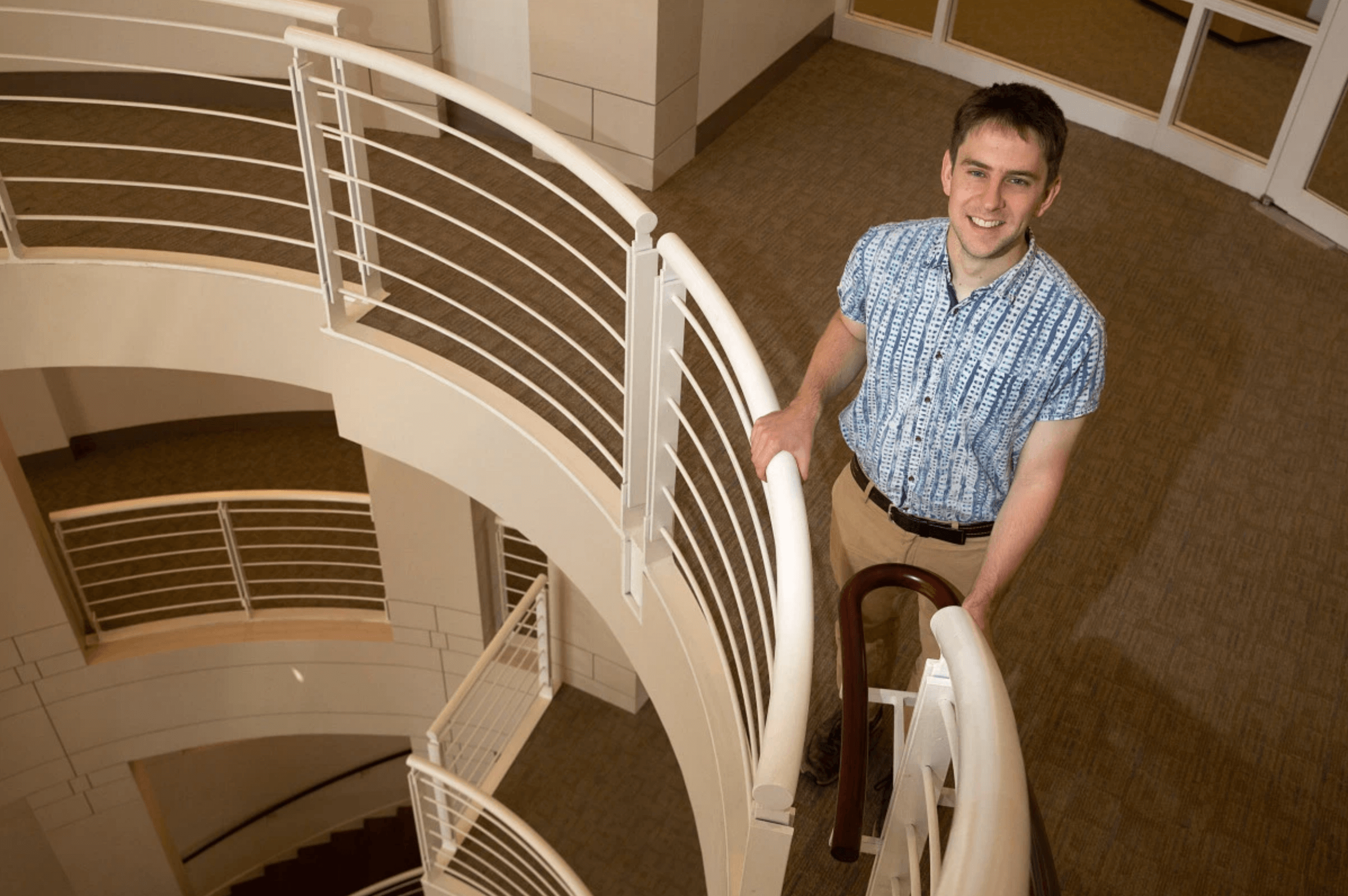 CID: What is your paper about?

Robert: “There is a lot of concern today, both among researchers and among the general public, about wealth and wealth inequality. And when most people think about wealth, in my experience, the image that comes to mind is a pile of gold coins sitting in a vault. You can think about Scrooge McDuck, or Gringotts Bank in Harry Potter. That image brings with it certain connotations. Wealth is something that accumulates over time. It’s durable, long-lasting.”

“There’s a great of truth to this perspective–one of the most important findings from recent research on wealth inequality has been to show that the inequalities we see today, for instance in the Black-white wealth gap, can be traced directly back to events that happened generations ago, often events that we now see as unjust, such as the practice of racial redlining. This connection between unjust events in the past and wealth in the present has been critical in building the case for government action to reduce wealth inequality.”

“But if you talk to people who work with wealth professionally–people like asset managers or accountants–they have a very different understanding of what wealth means. For them, wealth–and usually they’re talking about specific assets, like stocks or bonds or real estate–is primarily seen as a legal right to some stream of income in the future. So if I own stock in a company, I’m entitled to a portion of its future profits in the form of dividends. And it’s standard practice to interpret the price of the stock–the value of my asset, the amount of wealth it represents–as the sum total of those dividend payments, discounted to account for uncertainty and how long it will be until I receive them. The reason wealth has value, in this view, is because of these future payments. Rather than thinking about wealth as a pile of gold coins, then, the image here is a series of checks: having wealth means that you get a check in the mail each month, from now until forever, just for owning an asset. Wealth is as much about the future as it is about the past.”

“What I do in this paper is to describe the second viewpoint–I call it the “forward-looking” perspective on wealth–and then think through its implications for research on wealth inequality. I end up talking mainly about two implications. First, I believe that the forward-looking perspective can help resolve debates about what types of assets ought to count as wealth–in particular whether things like defined benefit contributions, where my company pays me a certain amount every month after I retire–should be considered wealth alongside more typical assets like stocks or real estate. And second, the forward-looking view helps make sense of some initially counterintuitive patterns of wealth inequality across countries–helps understand why it might be that some countries that are otherwise economically egalitarian, like Sweden and Norway, have extremely high wealth inequality by standard measures.”

CID: Why was it important to you to study this?

Robert: “There is actually debate about whether or not it is important to study wealth inequality. There are some people who are very concerned about inequality in general but who say wealth inequality is a red herring–that income is what we should really be studying. And this paper highlights why those people might have a point: if the value of wealth comes primarily from the income that it promises in the future, then by studying wealth we’re just studying a subset of income.”

“On the other end of the spectrum, for people who don’t have much, the consequences of having access to some wealth versus having no wealth at all can be enormous–even if your income stays the same. For example, people who go to college and have access to family wealth might not have to go into debt to finance their education. That can set them on a higher economic trajectory for the rest of their lives. Or buying a house–people who have access to wealth get a huge head start on making a down payment, which allows them to start accumulating equity earlier in their lives. Research has found that the difference between buying a house when you’re 25 years old vs when you’re 35 can be tens of thousands of dollars of extra wealth by age 50, and that stays with you for the rest of your life.”

“Wealth also functions as a form of insurance – if you lose your job, the impact of that can be very different depending on how much savings you have. If you have some wealth, you may be able to keep your lifestyle for a while while you look around for another job. It doesn’t knock you off the trajectory you’re on. But if you lose your job and don’t have savings, you may lose your house, get pushed onto a different trajectory. And that lingers for a long time. So these are all examples of how wealth inequality can be important separately from income inequality, and why we need to study it.”

CID: How did you get started with this project?

Robert: “I started working on this paper as I was getting ready to move to U-M. I was familiarizing myself with the recent research on wealth inequality, because I knew that was a major area of focus for the CID community that I would be joining. And I was trying to square the approaches taken in this new literature with how I had been taught to think about wealth before becoming a sociologist–my previous background was in economics, where it’s more common to take this future-oriented view. There are famous proofs, for example, about how if financial markets are perfectly efficient then the market price of an asset will be exactly equal to the discounted returns that it is expected to pay out over its life.”

“So this paper is basically my attempt to bring in this more future-oriented perspective on what wealth is, and see what it means for the scholarship on wealth inequality, what it can tell us about the patterns of wealth inequality and the policies that might help to reduce it.”

CID: How did publishing the paper help you with your research?

Robert: “It was incredibly helpful. As part of the process, the paper was reviewed by two CID affiliates. They each gave really excellent and complementary feedback, which has very much shaped this iteration of the paper. In addition, now that the paper has been posted I’ve been able to have interactions with people beyond the Center who have come across it online and reached out to me, which has led to some very stimulating and rewarding conversations. ”

CID: What remaining questions should be addressed by future research on this topic?

Robert: “One area that I touch on in the paper, but where I think there’s more research to be done, has to do with measuring what’s called ‘augmented wealth.’ Most researchers accept that a person’s wealth is equal to their assets minus their liabilities. But there is debate about whether the only assets that should be counted are those that can be bought and sold–these are called ‘marketable wealth’–or if assets that can’t be traded should be included as well–these assets are grouped together under the name ‘augmented wealth.’

“For example, if I have a defined benefit pension, that means that my company agrees to pay me a certain amount every month, once I retire. From the forward-looking perspective, that sounds a lot like an asset–it’s a guarantee to a stream of income in the future. But defined benefit pensions are typically excluded from studies of wealth inequality because they can’t be bought and sold. Even bigger is Social Security–again, it’s a legal guarantee to a series of payments, which is exactly the accounting definition of an asset. And Social Security is huge: one study estimated the wealth equivalent of future Social Security payments at $53 trillion, where the total value of all other wealth combined in the U.S. is around $80 trillion. So the decision of whether to include augmented wealth–Social Security, defined benefit pensions, and other programs–in your definition is really impactful.”

“One thing I do in the paper is to try to estimate the total value of augmented wealth that derives from common government social insurance programs, if we were to count them as wealth. I do this for two hypothetical families, one in the US and one in Sweden. I show that for a typical 30-year-old couple in the U.S., the social welfare programs they have access to–things like unemployment insurance, the Child Tax Credit, and Social Security–are equivalent to about $220,000 of extra wealth. The median couple in the U.S. has just about $150,000 in private savings, so these social insurance programs are worth more than all of their private wealth combined. In Sweden it’s even more extreme: the median couple there has access to almost $500,000 of wealth-equivalent through programs like public pensions, child allowances, and paid family and sick leave, compared to just $80,000 in private savings.”

“Because of the logistical challenges, I was only able to do this exercise for one hypothetical couple in each country, but I’m hoping that future research will look at how the wealth value of social insurance programs varies across the distribution for these countries and others. And there is also more work to be done thinking through exactly when we should be considering social insurance programs to be equivalent to private wealth, and when they should be kept distinct.”

“Another area I hope future research will consider is the authority that wealth brings. The paper is called ‘Wealth as Control of the Future,’ because it advances the idea that assets in large part represent control over some future income streams. I stick mostly to the financial aspects of this in the paper. But ‘control’ also means getting to decide what happens to an asset, whether to sell it, who can use it, all of that. When the assets are companies or apartment buildings, this can be a very substantial source of power and authority. There has been some scholarship that explores those aspects of wealth, but I think they deserve a lot more attention, especially as wealth inequality continues to grow.”

Robert Manduca (@robertmanduca) received his Ph.D. in sociology and public policy from Harvard University, and currently is an assistant professor of sociology at the University of Michigan. Robert has published more than a dozen scholarly articles on economic inequality. His work has been featured in the New York Times, Washington Post, Boston Review, and more. Robert is also the co-host of the podcast Reviving Growth Keynesianism, a project to explore the history of U.S. economic thought. Learn more at robertmanduca.com.